Remember back in 2010 when I began designing a new Nsibidi-based writing system for Igbo?

I worked on it for a while and then it went on hiatus because I had school and so many other things to do.

Well I’ve been working on it on and off ever since then and I thought it would be nice to show how far I’ve come with it, especially since I never talk about it.

There’s been A LOT of re-designing since the original script I put out three years ago.

I originally wanted to extend Nsibidi but then I realised that a lot of the Nsibidi ideograms were far too detailed and complex to use quickly in modern daily life (for something such as say, sending a bbm or writing a blog post). I decided then to simply which ideograms I could and modify and use the ones I couldn’t into completely newly designed logograms.

From my Igbo studies, I also realised that a completely logographic writing system wouldn’t work for Igbo.

This is because in Igbo, most nouns are fixed in tone while most verbs have changeable tones. Even more problematically, some adjectives behave like nouns and are fixed in tone while some behave like verbs and are changeable. Part of the whole point of designing this system was to eliminate the tone markers which plague the Latin-based Onwa orthography (and which most Igbo people faithfully forget to use in their writing).

This was quite a significant problem because I didn’t know whether to represent these two groups of words in one particular manner or separately. Each option had its own advantages and drawbacks, but I finally settled on an answer, thanks in part to my Japanese lessons.

I decided to represent them separately.

Japanese is written with three different (and sometimes four if you include Romaji) scripts.

Katakana – a syllabic system identical to Hiragana in meaning but has an angular appearance.

It’s major advantage is that it makes writing very fast and easy.

The disadvantage is that there are as many kanji as there are words/concepts and you have to memorise them all.

The average Japanese secondary school student has to memorise about 3000 different kanji to be able to function normally in life.

Hiragana is a syllabic system. Similar to an alphabet, except that instead of A, B, C, you have Ba, Be, Bi, Bo, Ka, Ke, Ki, etc

Everything is in syllables.

Hiragana is used to write words that don’t have their own kanji or words you can’t remember the kanji for.

Katakana is the same as Hiragana except that it’s used for words that are not Japanese in origin.

For example, my name Sugabelly would be written in Katakana by a Japanese person.

Why this mini Japanese lesson?

Because I’m trying to get you guys to see how I arrived at my decision about which writing format to use for Igbo and how the Ndebe system works.

I separated all of Igbo’s grammatical particles into Mutable and Immutable.

The Mutable or changing particles are Verbs, Some Adjectives, Auxiliary Particles

For all of the Immutable particles, I decided to create a logogram (a single character that represents the entire concept – similar to Kanji but in this case, based on Nsibidi)

For all of the Mutable particles, I decided to continue using the originally Ndebe script I had already designed.

Together they form a combination writing system for Igbo.

As soon as I decided to create logograms for the immutable particles, I began to worry about the number one feature of logographic writing systems – How would people memorise so many damn characters?

To solve that problem, I decided to make the logograms as visually similar to the idea or concept they represented while adhering to the design aesthetic of traditional Igbo Nsibidi.

In other words, unlike Chinese, memorising the logograms for Igbo is ridiculously easy because the meaning just jumps out at you once you look at the character.

For instance, this is the character for Ora (the people / everyone) 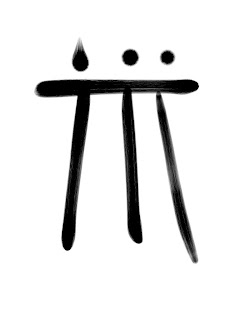 Ora (people/the people, everyone)
This is the character for Agadi (Old person) 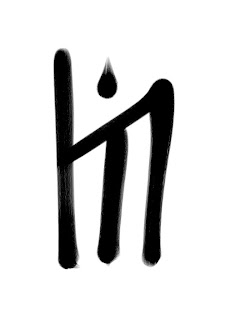 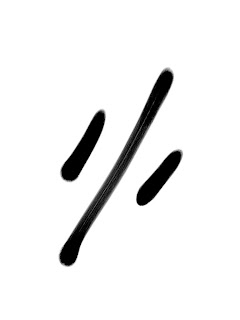 I also decided to keep all the old punctuation rules I had come up with earlier so the logograms use an interpunct ( a dot between every word) just like the rest of the script.

I really stressed simplicity of design in order to make writing and reading as easy and natural and fluid as possible.

Every word, every character was limited to as few strokes as could possibly pass the message across.

I also wanted something that was visually related to Nsibidi so if the actual original Nsibidi character could be used, I left it in as much as possible wherever I could.

For example, I retained the original Nsibidi character for love as my logogram for love: 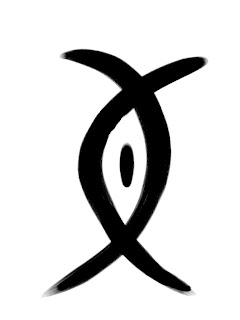 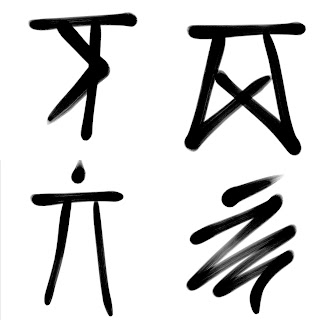 Clockwise from top left – Ukwu (leg/legs); Aka (arm/arms, hand/hands), Madu (person, people) and Mmuo (spirit)
There are of course, hundreds and hundreds of these to make, but I’m sure you get the idea. I’ve done about fifty or so, and I’m having so much fun coming up with them.
Writing Igbo this way is absolutely gorgeous. I’ll put up some writing samples soon.
Reads: 671