The Yoshida Brothers Rock My Socks

Wow, more than one music post in a month…. this is weird. I’m not very into music but when I find a song or singer or band that I really really like then I really go crazy. Right now I’m drooling over this video by the Yoshida Brothers (a pair of Japanese brothers that perform together). 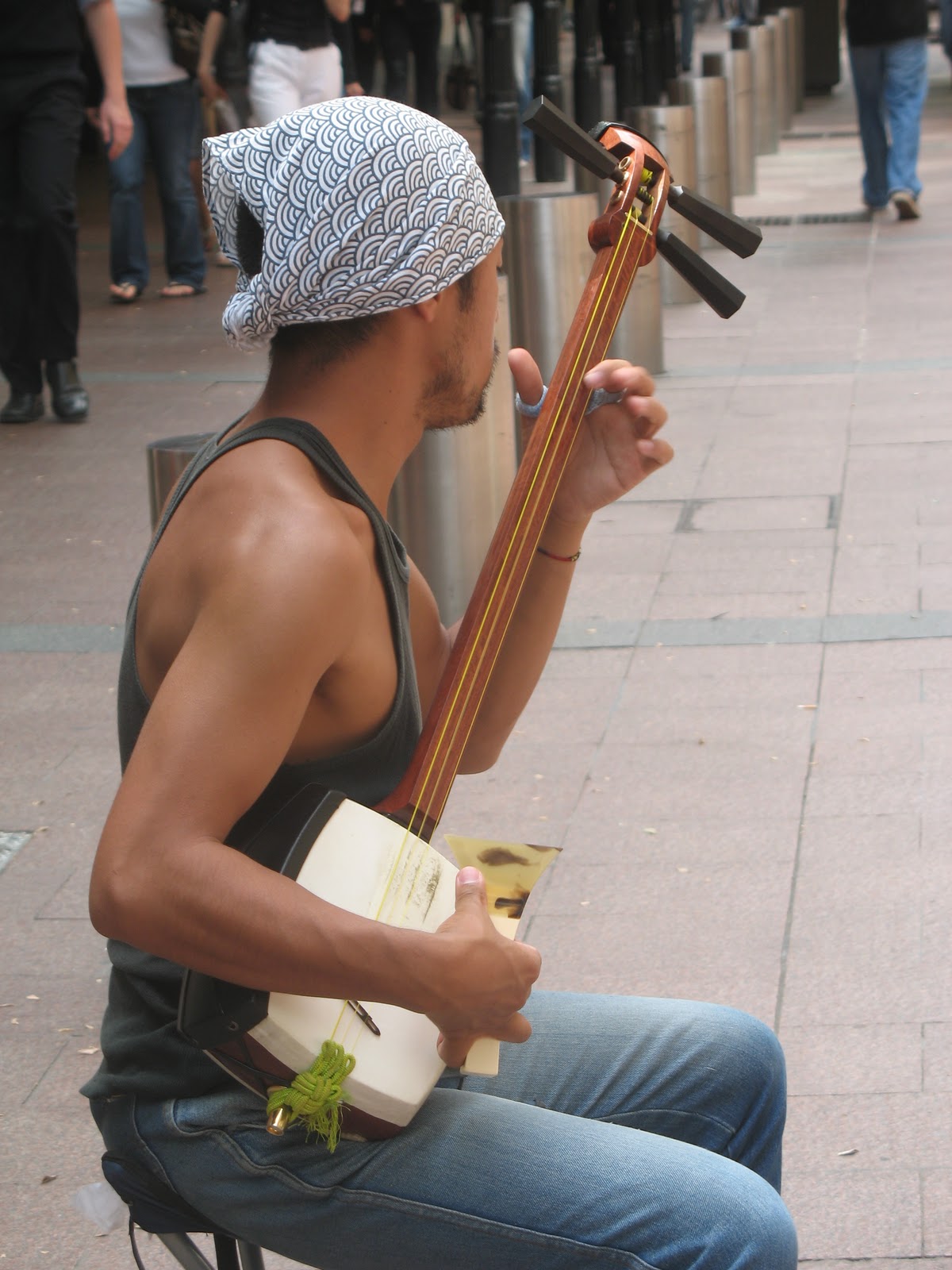 [source]
Traditional Samishen on the streets of Japan

Wouldn’t it be terrific if Nigerian artists took a leaf from the Yoshida Brothers’ book and belted out crazy beats on traditional Nigerian instruments instead of all the pseudo-hip-hop rubbish that saturates the Nigerian music industry?

Copying America blindly is so dull and all it says about us is that we have no imagination, are not creative, and cannot innovate anything on our own which is totally untrue. We have a fantastic array of traditional instruments that are beyond under-utilised and I think it’s so sad that every new wannabe-rapper that jumps on the bandwagon gets screen time while awesome musicians like Six-Foot Plus, Dede, Ara, etc don’t get nearly as much attention. These are musicians who really deserve a break and because they are unique, they haven’t had that opportunity. I wish I could tell them to buy plays from https://getfans.io/buy-spotify-plays or something – I know of so many musicians who have become famous from their songs being streamed lots on sites like Spotify and buying plays is a great way to get that initial interest in your music. Fingers crossed at least one of them gets the recognition they deserve sooner rather than later.