What a Way to Start the Year

On the second day of the New Year, I woke up seriously ill and had to be hospitalised. It was really frightening because I was carried off in an ambulance with shakes, a terrible fever, and an awful pain in my abdomen. 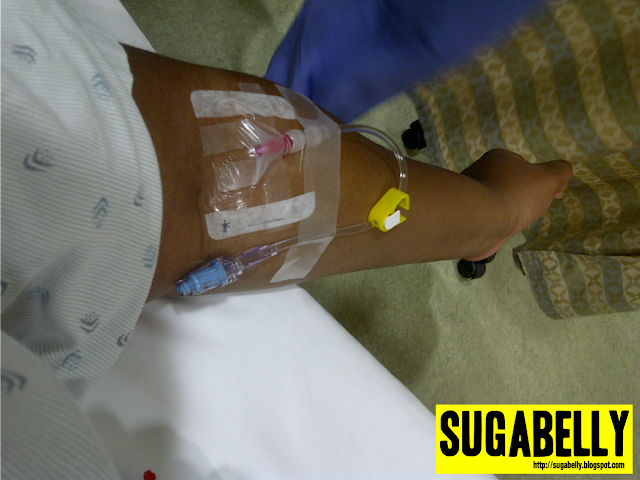 I was in the hospital all day, and they did a barrage of tests – blood, urine, cat scan, the works. At first they couldn’t find anything wrong with me, but then the cat scan results came back and the doctor walked in with a funny look on his face.
Apparently, the cat scan showed that my entire lower abdomen was blocked, which is weird because I’ve never been constipated in my life (well except for that one time at Man O’War training- and that’s a story for another day).
It turns out that I almost died because of shit. SHIT!! SHIT is what almost killed me. After all the drama and saying my last prayers and begging Baba God, they just gave me a bottle of Magnesium Citrate and sent me home to go sit on the toilet. My friends have always sworn by magnesium citrate powder but I’ve never paid attention. I guess I should have and I wouldn’t be in this situation…
I drank the entire bottle in one go and spent the next 24 hours running to the toilet and passing what looked like greenish grey sewage (Yes, I inspect my poo and you should too. Don’t judge me – all health conscious [or in my case, plain curious] people do it.)
Long story short, I’m as good as new now and thankful to Suliph for coming with me to the hospital and staying by my bedside all day without food as we watched a horribly depressing show on Fit TV called Dr.G about people that died from mysterious causes (at least four of them died from shit-related blocked abdomens) while waiting for the test results to come back.
Suliph is being mean to me again. As you can see she derives great pleasure in making me cry:
Audio Recording on Friday night by sugabelly
Reads: 16