Everyone knows I don’t know how to cook. My mother tells me not to say it in public for fear of disgracing her, my friends shake their heads at my inability to fry eggs or boil water, Nigerians cluck disapprovingly whenever I confess that I don’t know how and I don’t care, and HL laughs at me for not knowing how to make rice and then secretly feeds me Japanese food when I ask nicely.

I’ve always resisted well meaning people who try to teach me how to cook because I simply wasn’t interested or because the reasons they gave for insisting that I learn really ticked me off. People who told me that noone would ever marry me if I didn’t know how to cook were flat out refused or even insulted sometimes. I refuse to learn how to cook because of some unknown future man who is waiting for me to come and fill his belly with my food. I’ve always thought that cooking like most other things is a skill that you’re either born with (and this applies to both men and women) or something that if you really had the interest, you could become good at. Well, I had neither the skill nor the interest and so I never learned how to cook… much to the horror of Nigerians everywhere.
In spite of this, since I started the Master Cleanse (today/yesterday is Day 27 by the way and I’ve decided that I’m going to quit this week because I think my body has entered starvation mode and I’m not losing any more weight – I’ve been stuck at 221lbs for eight days now and it’s really discouraging – I think it’s because my body is mising all the calories its getting so there’s no point continuing this) I’ve been thinking about how to eat healthily when I get off the cleanse (which incidentally will be tomorrow or next).
I honestly want to get into the habit of eating Nigerian food regularly since Nigerian food is really really healthy not to mention unbelievably delicious, but getting Nigerian food in America is rather difficult if you don’t know the right people. Hence, I decided it’s time I learned how to cook, not for any nonsense future husband, or even future child, but for ME. Because I, Sugabelly, am HUNGRY, and I, Sugabelly, want to eat good nutritious food from my country not these frightening chemical concoctions Americans are trying to convince the world are food.
Yeah, so I wanted to eat but I didn’t know how to cook any of the food. I have never successfully cooked anything before and my last attempts at “cooking” ended in eggs that wouldn’t fry and parboiled yam* (I mixed up the instructions for making rice and making yam), so I did what any self respecting person my age would do – I looked up how to make Nigerian foods on YouTube.  ^_^
Here’s how it went: 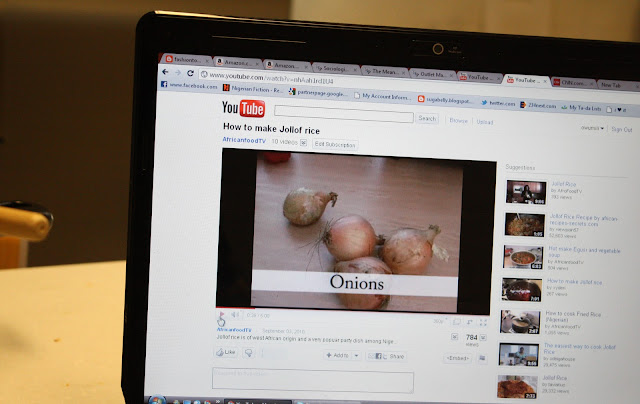 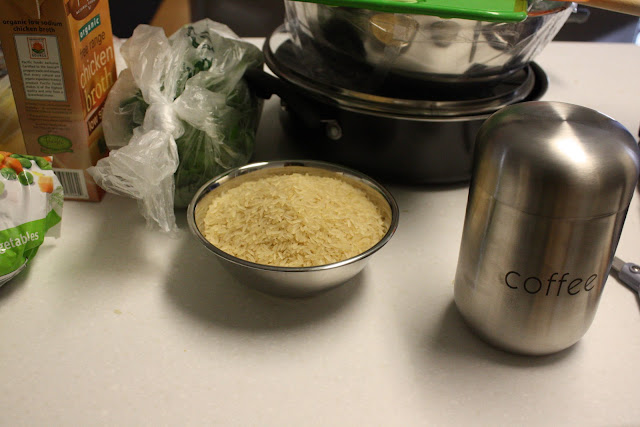 Setting out my ingredients 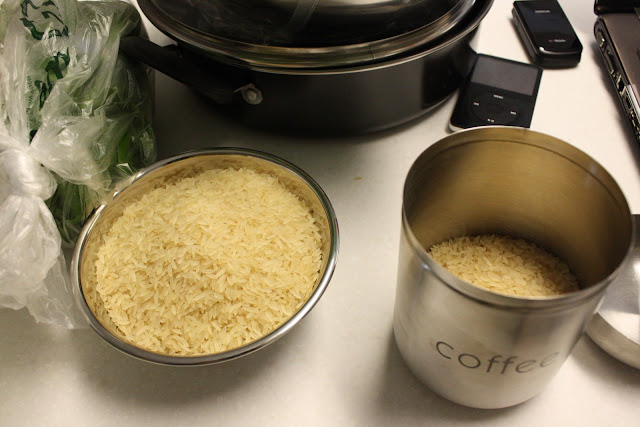 Yes, I store my rice in a Coffee container.
Judge me not. 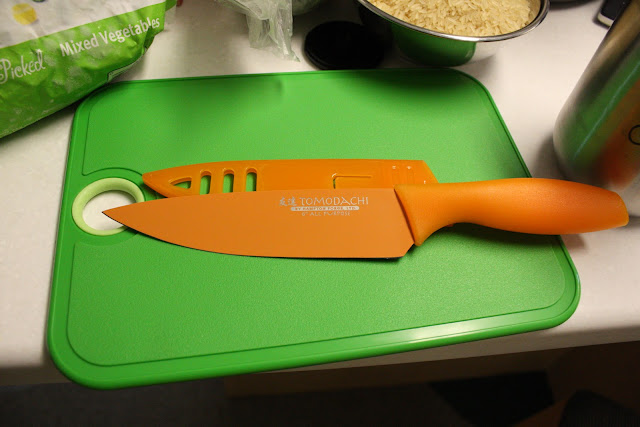 I love my Tomodachi knife!!!!
And not just because it’s a beautiful orange.
Japanese knives are rumoured to be among the sharpest in the world ^_^ 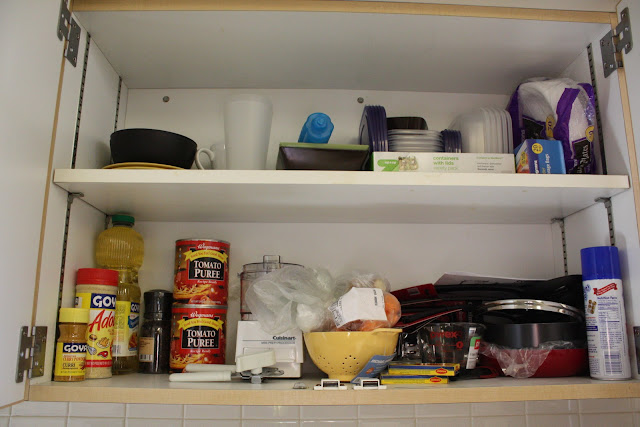 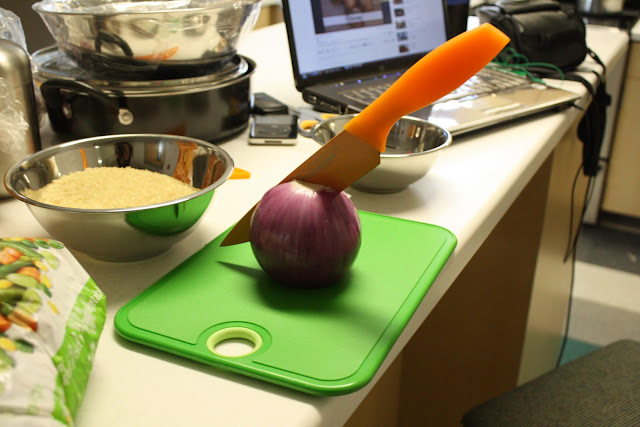 Peeling onions is no fun… but there’s an Igbo old wives tale that says if you lick salt while peeling onions your eyes won’t water.
I tried it. It works!!!! (^_^) 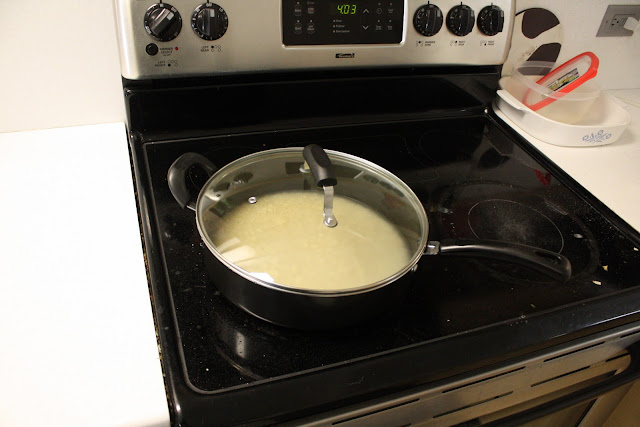 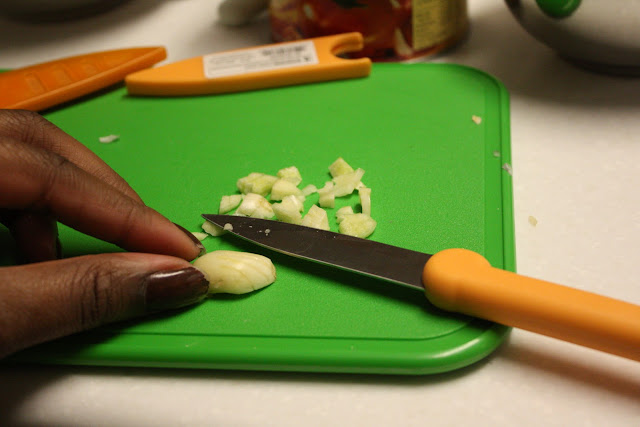 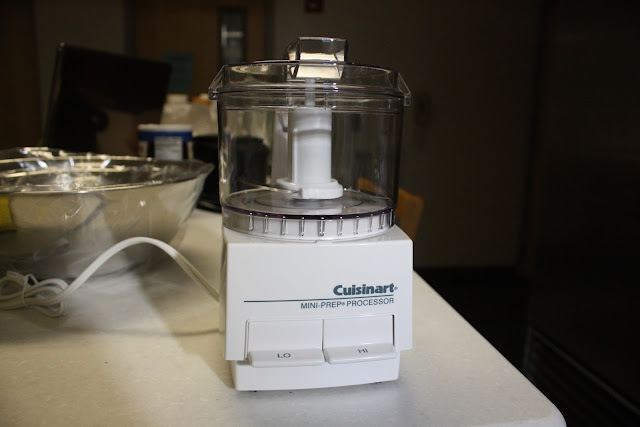 I have the cutest, dinkiest, little food processor in the whole wide world!! (*_*) 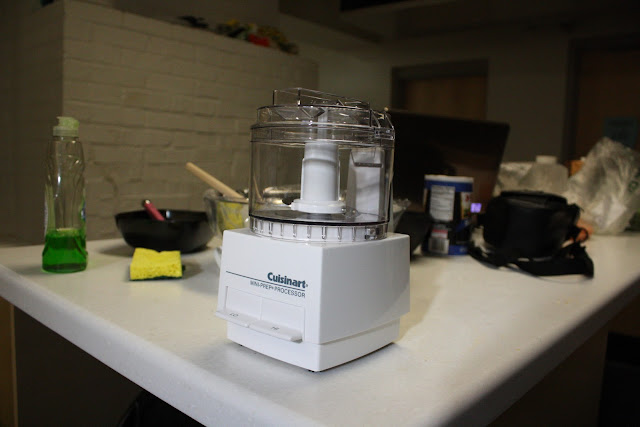 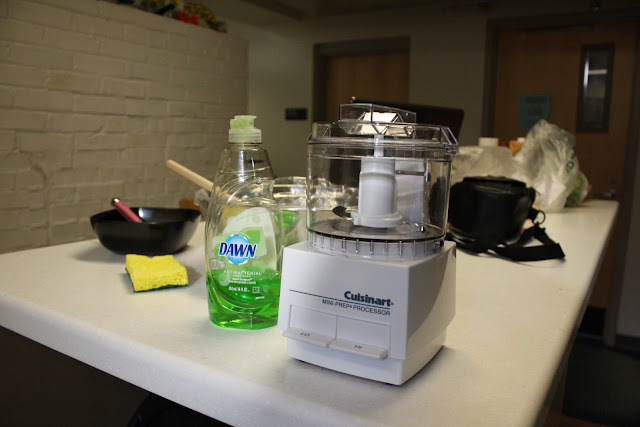 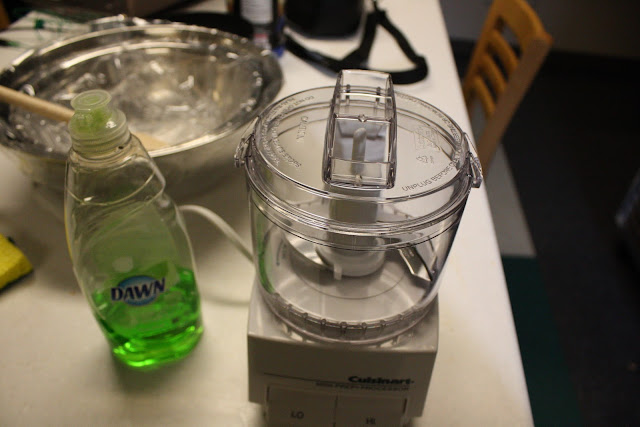 Both are small but mighty 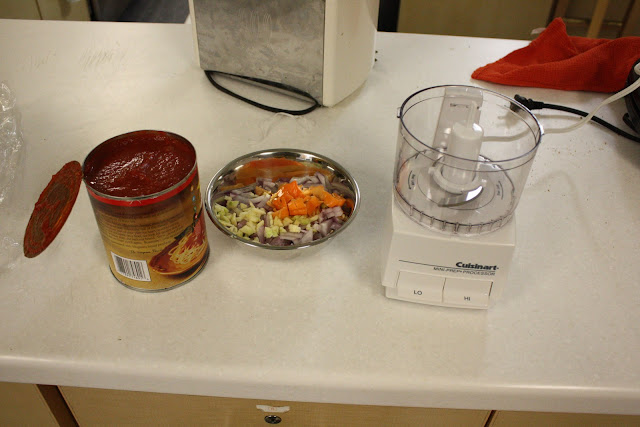 Time to get to work 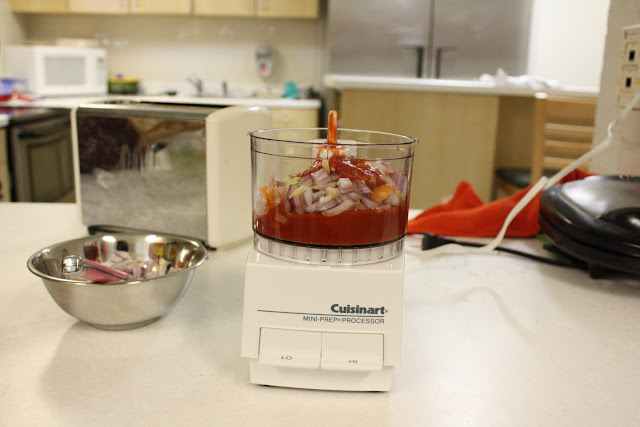 Blending/Pureeing is so much fun!! 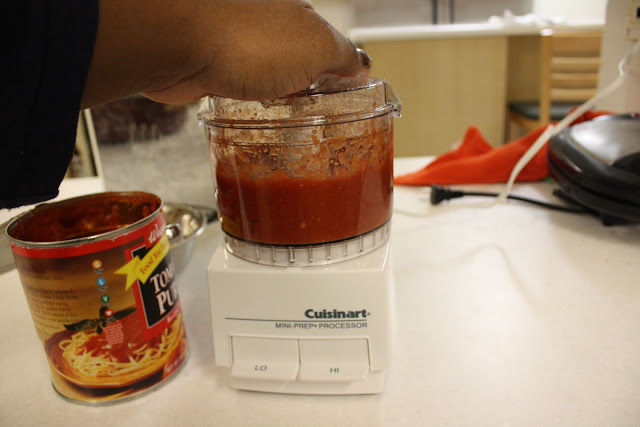 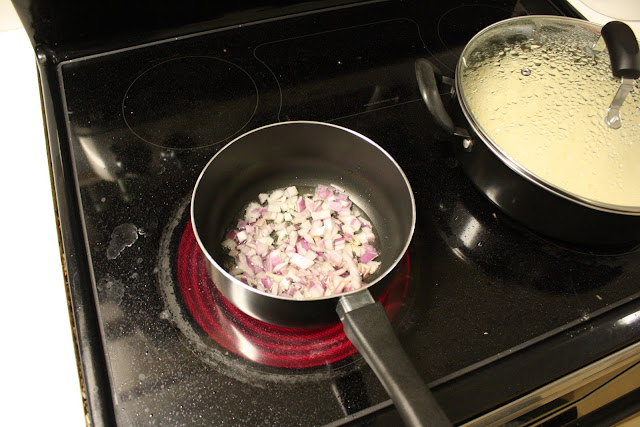 Frying the rest of the onions for the stew 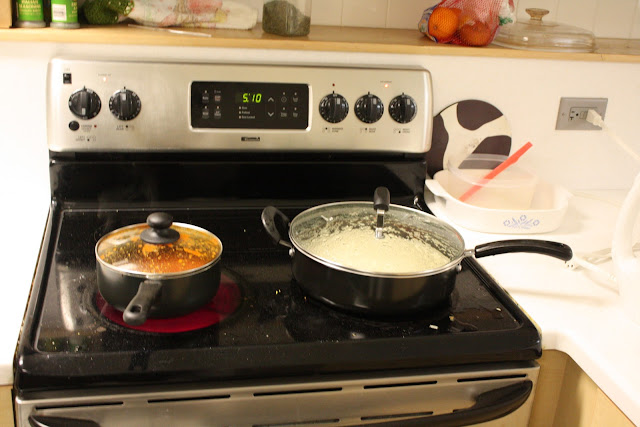 It all came along nicely 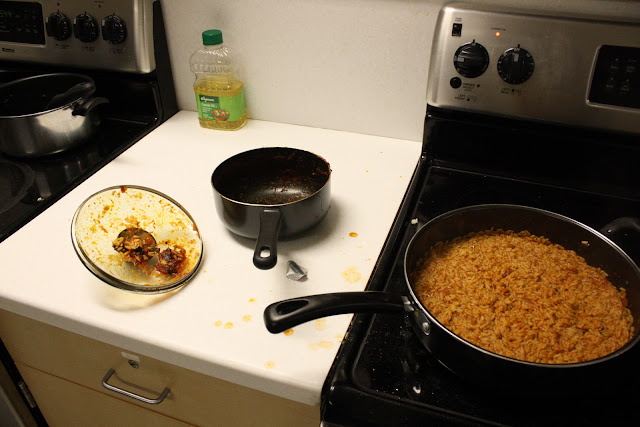 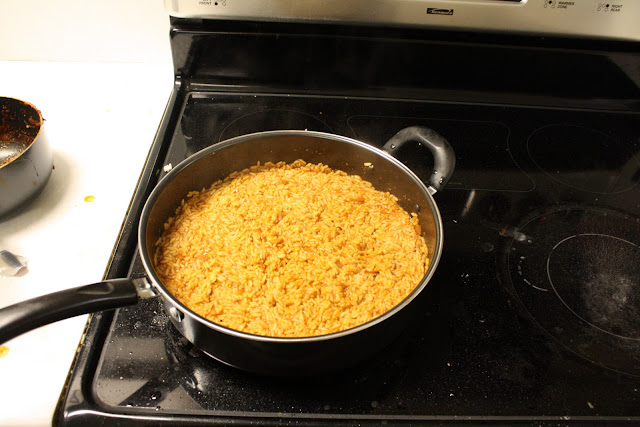 It looks so good! 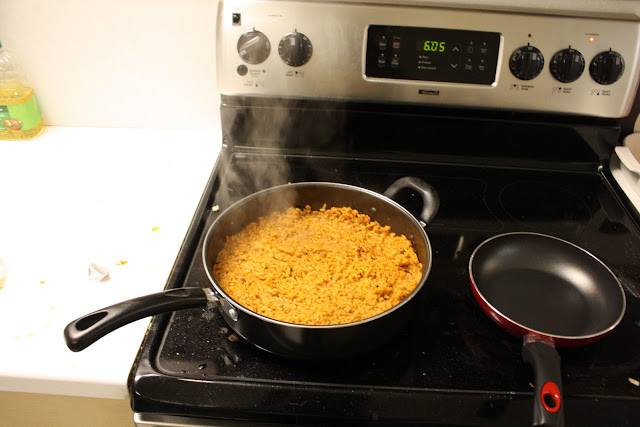 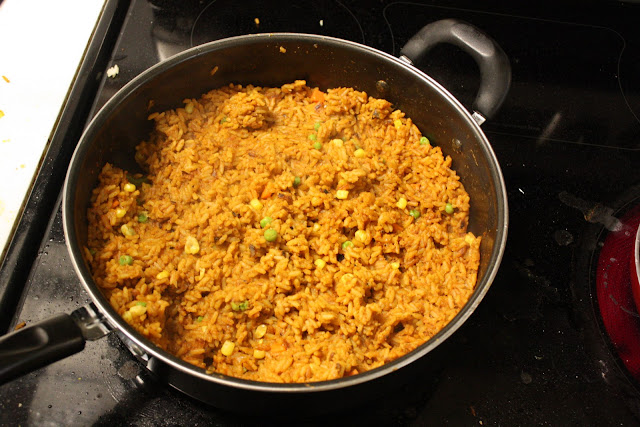 But then I went and ruined it by adding vegetables.
All because that stupid woman on YouTube said I was supposed to.
It didn’t turn out so bad but I think the vegetables minimised the force of the jollof rice a smidge 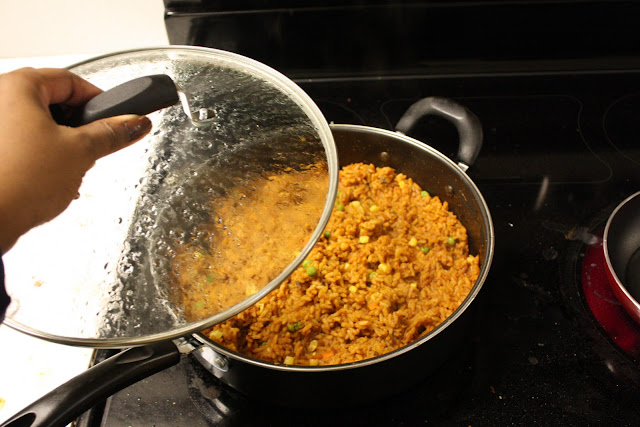 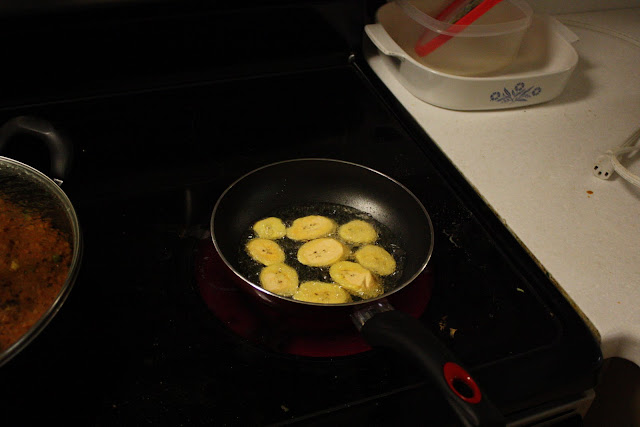 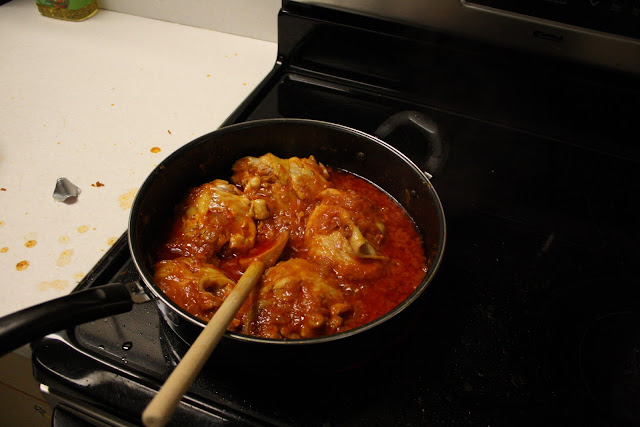 After that I made the chicken stew…. because I am one of those people.
Yes, you know them.. those people that like to eat jollof rice with stew.
I shared the rice and stew into four parts and gave one to Mika (my friend from Indonesia), Mei (my other friend from Japan – she was sooo excited to try Nigerian food) and third part I gave to HL (even though I’m still angry with him and things between us are still very shaky, he did come to my rescue in the middle of the night when I was stranded on a bridge walking home after an overzealous shopping trip and he carried all my bags home for me, including a 9kg bag of rice without a word of complaint, so I guess his heart is in the right place after all and I wanted to say thank you for being kind)
And that is the story of how I cooked my first ever jollof rice.
Reads: 227