I wasn’t going to write a post today. Probably because I didn’t want to interrupt the language discussion going on in the post below. Right now that particular post is distracting me from all the feelings I’d rather avoid today.

Yesterday morning I was going through my inbox and I found a really old email… from my friend Zikora. He sent it in August 2005, just before we were supposed to come back to Loyola to start SS3 first term. The term that at the end of which, he died. There wasn’t anything particularly profound about the email (I’ll post it here later on). It’s just that that email is one of the few scraps I have holding his memory together. Death is such an unreal thing. I know we’re all constantly aware of it, but it still feels unreal. It feels so weird. Like how can he be laughing, talking, and looking at me one minute and then be disconnected from his body and this world the next? I’m still confused.

Pretty much every person that went to Loyola that has a blog has a post up about this today. Bob-Ij has one up, and Pea tweeted and Facebooked about it. Mi-chan has a poem up, and Bez did an interview about it. I swear I wasn’t going to say anything because I found that one innocent email, promising to see me in school and reminding me that I had gist to spill for him, and I well and truly cried.

You’d think it wouldn’t still hurt by now. Four years later. How the hell did I leave him behind, frozen in time four years ago? He’s still sixteen. Now he’ll always be sixteen. And now, even if I live to be 120, in my mind he’ll always be sixteen. The boy with the seemingly perfect exterior that didn’t really care about much unless it was important to him.. and a lot of things were – his parents, his Mom especially, his friends, his religion, his schoolwork, his reputation, his future. What happened?

I know I’m talking to a counselor about this, but sometimes I feel guilty that my imperfectly perfect friend died while I who can barely hold myself together long enough to get my bearings am still bumbling about this life trying to figure out what the hell I’m supposed to be doing exactly. Not that I want to die, but more that I would want for him to live. But maybe that’s why he died – because he had it all figured out. Maybe there was nothing more life could teach him or throw at him that he didn’t already have on lock. Who knows? I sure as hell don’t.

What I hate the most are the dreams I have where he’s alive. I keep dreaming that I see him and we talk and I hug him and never let go, and it feels so real. I can hear his voice as clear as day and everything. You have no idea how painful it is to wake up and realise that it was a dream. It’s beyond horrible.Damn you Loyola for not allowing cameras in school. Damn you. If it wasn’t for your stupid rules, I would have more than just one picture of him to remember him by.

I’m over trying to be over this. Who even wants to be over missing their friend? I miss him. I always will. I don’t know what happens after you die, but I really, really, really hope that we all get to see the people we love again and be together. I’m not one of those people that’s angling for “glory” in the kingdom of heaven. I don’t care if I’m a servant polishing the pearly gates. Frankly, the only thing that matters to me as far as death and the Afterlife are concerned are Peace, Happiness, and Togetherness with Loved ones. End of. I don’t need to be the commander-general in heaven’s army. I don’t need to be promoted to assistant to the second in command and hold dominion over millions of souls. I’ll leave that sort of thing to the World Domination types like Stewie and the Brain in Pinky and the Brain.

I haven’t been to his grave yet, but Pea attended his funeral. I heard he was given the best send-off and the funeral directors did their best work. In fact, I’d overheard some people saying they had never been to a funeral like this before. That just goes to show what a great person he was. We should all aspire to have a funeral like his, and with the help of final expense life insurance that can help to cover the costs of expenses you may have after you’ve passed, such as your funeral, then there is no reason why this can’t be possible. I just wish I could tell him all this in person. But I don’t think I’m quite ready to take a step forward just yet. I will visit one day, and it will hurt like hell, but he is my friend and nothing will keep me from bringing him a gift of flowers. I will visit one day. I promise. But just promising is so, so hard. Because visiting means accepting that when I say his name I won’t see his head turn, and that he’ll never borrow another book from me again.

It’s indescribable how much it hurts, even now. I have no illusions anymore. I fully expect it to hurt just as much next year. This is the point where I usually go off and do something self-destructive to drown the pain, but my shrink would be disappointed. And besides, today is not about me. 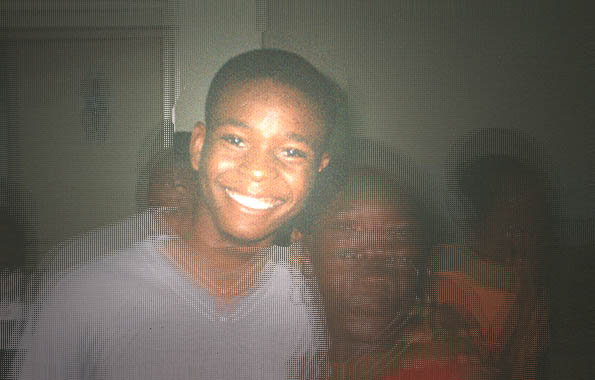