Note: I drew her naked so I can use her body as a template and draw all her different clothes on later.

And yes, I know one of her breasts is wonky. I should have been sleeping, instead I was drawing. 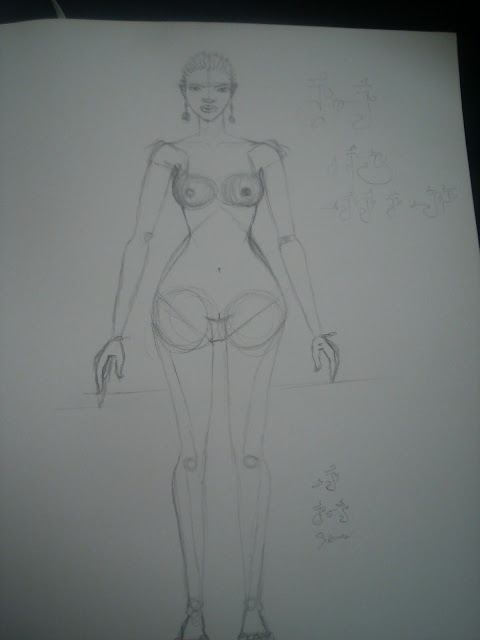 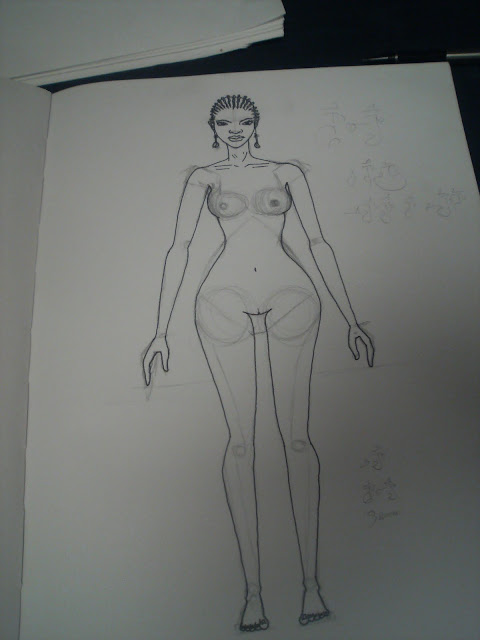 After I went over it with ink 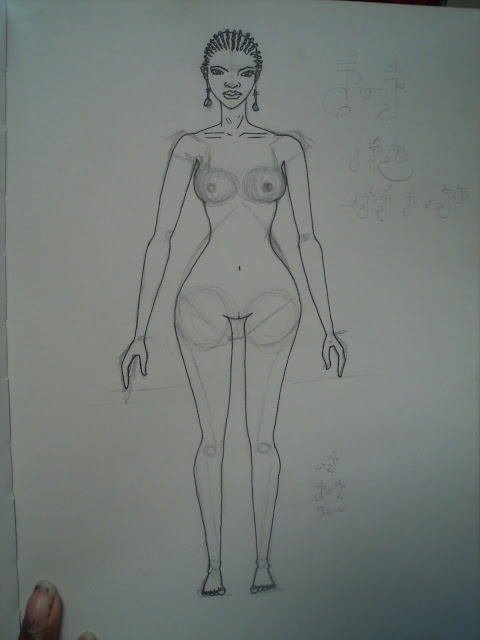 Yes I know. I need to change my nail polish.
Most of it has peeled off.
I don’t really care. 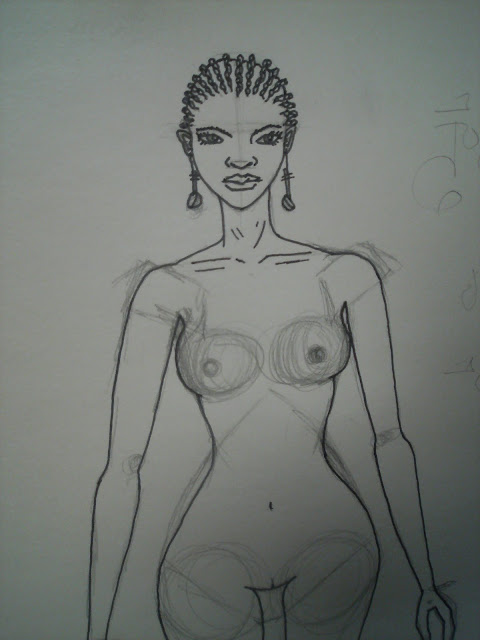 Closer view of the ink 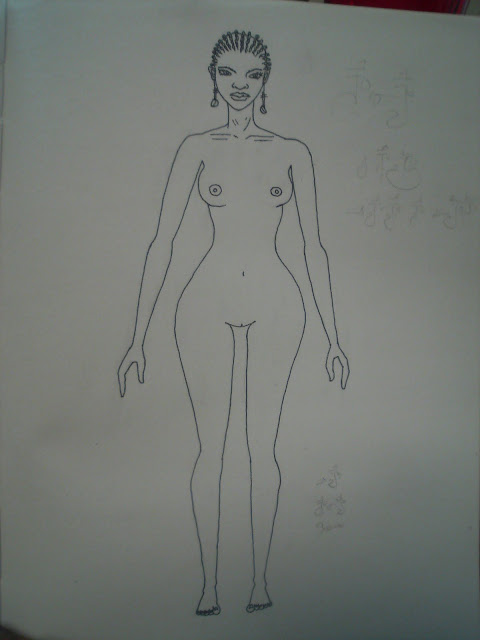 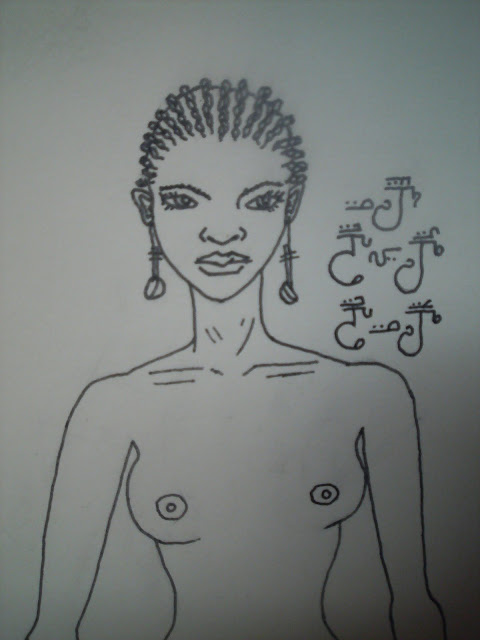 The Igbo next to her says: Aku, Sienu, Siani
(i.e. the three characters that this drawing represents) 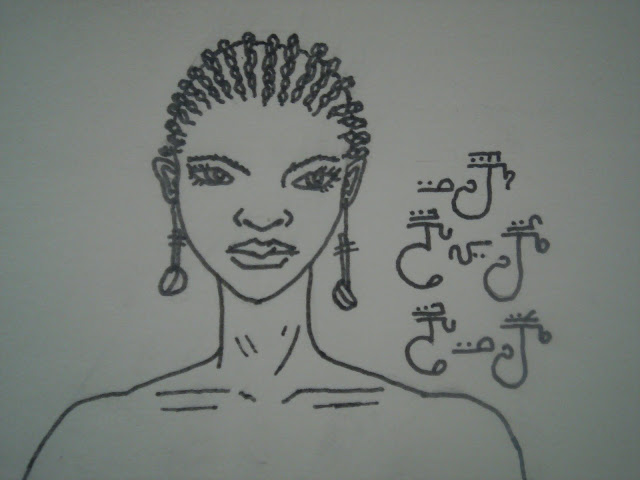 Yay!! Meet my main characters:
Identical twins, Sienu and Siani (known jointly as “Aku”)
So, during finals I was so stressed out with studying that every once in a while I would sneak upstairs to the study rooms in the library and indulge in my new favourite relaxing activity (writing inappropriate sentences in Igbo on the Dry-Erase Board). Here are some of the highlights of finals week:
DISCLAIMER: The only “Emekas” I know live thousands of miles away. None of what you are about to see is true. This is simply the fruit of joblessness. 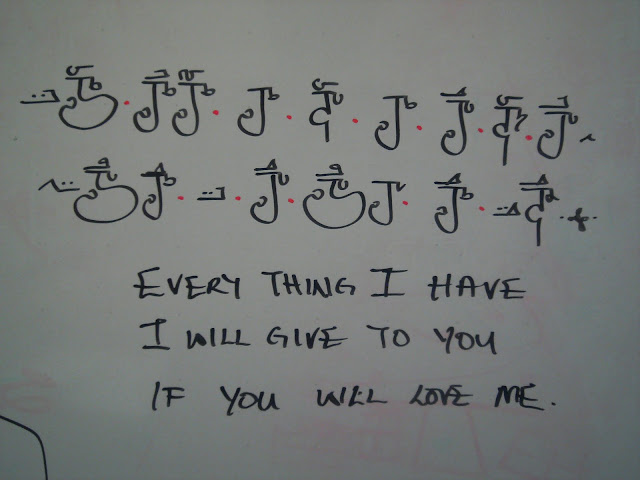 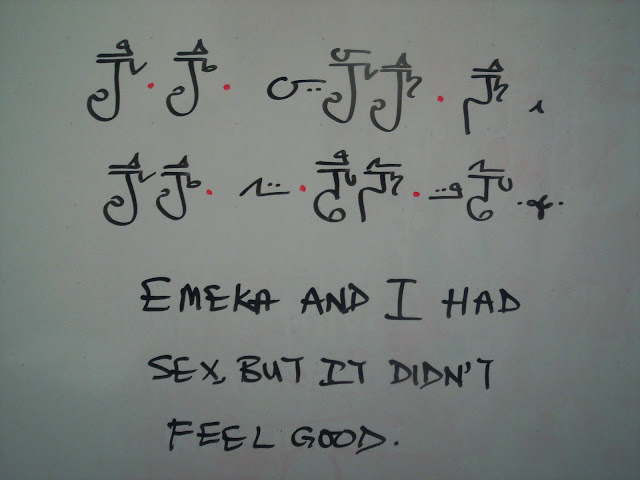 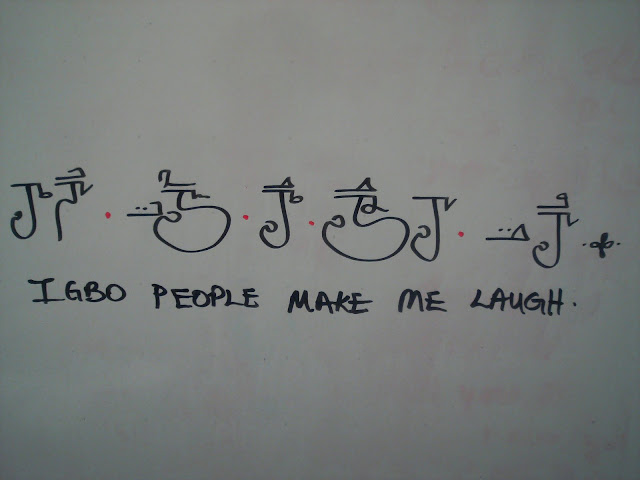 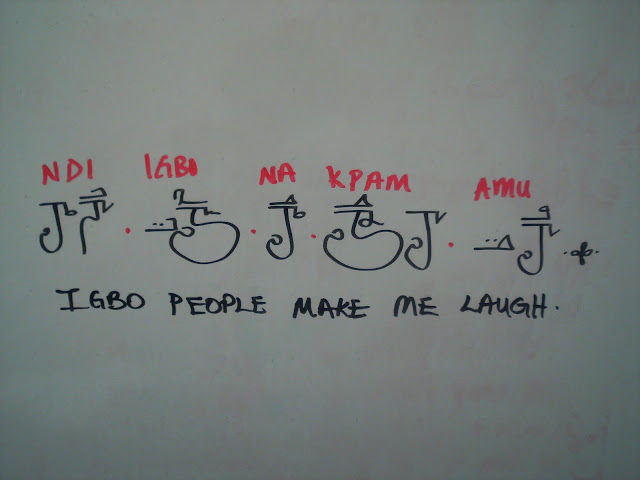 Isn’t that the truth?
Yeah, so that’s what I’ve been doing. The pictures are all a little dark because I took them with my phone. I’m too lazy to scan the drawings even though my scanner is right in front of me. I’m off to watch Saiunkoku Monogatari. Sakujun is the truth.
Reads: 9

Master Cleanse Days 13 and 14: The End of the Diet