So writing this story has opened my eyes to many things. And if you commented on the excerpts I posted please don’t think that this is specifically about you. Some of my friends have also read drafts of my story and from other discussions I have had with other people some things have become apparent. 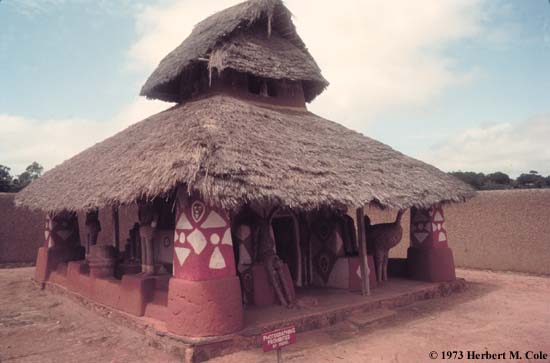 If the builder of this structure knew how to make that additional level it is not a stretch to conclude that the dude could have simply expanded it on a whim? Observe the obviously strong and solid pillars that look more than capable of supporting an additional floor. 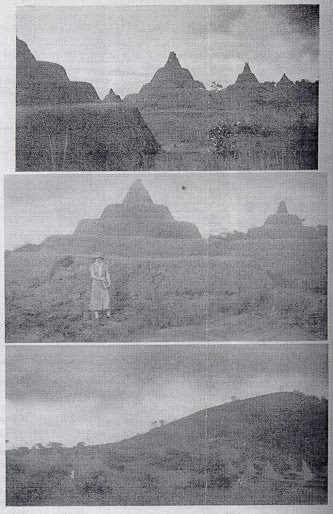 Question: Why is it so hard to believe that Igbos who built the Nsude pyramids here could not build a simple set of stairs? Bloody hell, the damn pyramids LOOK LIKE STAIRS. Surely any builder with two brain cells to rub together would make the connection? Further Further Update: Thanks to Gin for finding this historical sketch of an Igbo two-story building. I guess this puts a new spin on things, although I have also seen historical sketches of the Igbo areas with some pretty towering structures (must did into my external harddrive and see what I can find)
Further Update: (For Azazel’s Benefit):
Thank God I found this one at least. This small cupboard or whateveryouwanttocallit is Yoruba. The ones I had on my memory card were Igbo ones I personally took pictures of but since my memory card is destroyed, here’s a Yoruba one. And you can tell it is Yoruba. Compare the figure on top to most Ibeji figures as well as Gelede masks. Of course this specimen is much smaller than that wardrobe I found which was ginormous. 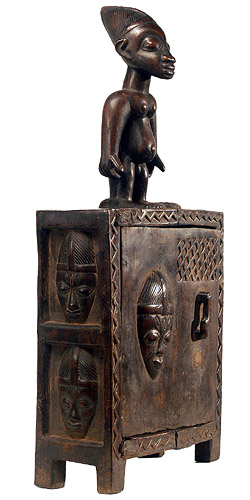 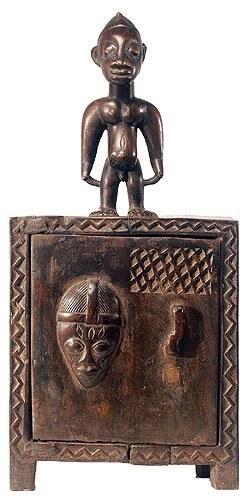 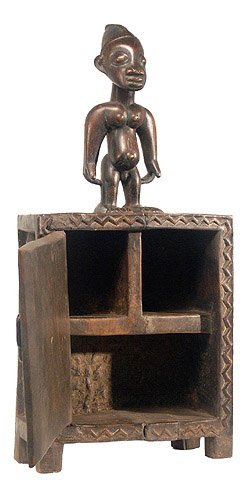 I honestly think we just aren’t comfortable with accepting our ancestors as intelligent, thinking beings. Otherwise we wouldn’t be doubting the ability of grown men to solve a problem as simple as building an additional story on a building and connecting the two.
Reads: 91