The King and His Men

I’m on the verge of being in an affair with a married man.
I never thought I’d be in this situation, but I am.

Last night I dreamed Bakura’s mother was holding a contest to find a suitable wife for him.
I came in last because I can’t cook.
Another girl was picked but he eloped with me anyway.

Today I picked up the phone and called Bakura. 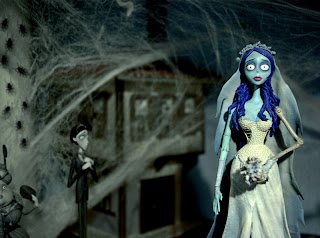 But her name is Aisha.
Aisha means she’s Hausa.
She’s a good girl. She’ll make an appropriate wife.
It’s all been arranged.
All he has to do is show up and get married and his family will be happy.

Two months ago he called and said he wanted to be with me.

Now I wish my name was Aisha too.

I’m gonna fuck you up
I’m gonna slit your throat
And then I’ll tie you to the bed
And then I’ll watch you choke
And when you hit the sack
I hope you think of me
Because I’m trying so damn hard
Just to let you breathe…..

I’ve cried already. For the first time ever he heard me cry. He was a bit surprised. I think inside he thinks I’m so numb that I don’t feel anything anymore. Usually I’m on autopilot but this is Bakura. My Bakura. My flawed, imperfect, beautiful Bakura.

I haven’t asked him why he doesn’t just say no. Bakura has eight brothers. He doesn’t have to get married, especially not if it’s an arranged marriage.

Maybe I’m just saying that because that’s the way it works out best for me. Maybe I’m selfish but he was fucking mine before bloody Aisha.

Now I don’t know who I hate more, her for being Hausa, or myself for being Igbo. Or maybe I just hate him for not saying no.

I got your photograph taped to the ceiling baby
I’m gonna jack my shit off, over it maybe
You were always on my mind
When your hand was down my fly

I’ve been afraid of turning twenty since I met Bakura. Twenty means it’s time to get married.

I started running on Autopilot a long time ago. I’m permanently heartbroken.

I’m shackled to the King of Pain and he won’t set me free.
Reads: 85