A Fire and A Film

The night before last there was a fire in my building. The fire alarm went off and I heard it but I was also watching something on Hulu so I thought it was coming from the building across the street. To be honest, I wasn’t ready to get off my laptop as I have been addicted to watching movies since my friend told me about her love for Hulu Canada and other streaming services. Honestly, I tried to ignore the alarm and just focus on the movie. After a while, I noticed a lot of noise coming from outside my window so I moved closer to the window and tried to look out. I live on the sixth floor so I wasn’t quite able to see what was going on in the street because the mosquito netting wouldn’t let me stick my head out the window. It sounded like there was a huge crowd gathered outside the building. I could hear people talking and chatting so I decided there was a street party carrying on outside and went back to watching Hulu.

Five minutes later the fire alarm was still going off so I opened my door and sure enough the firelights were flashing in the corridor. Stupid me didn’t realise there was an ACTUAL fire. I grabbed my key and my phone and quickly put on slippers and ran out of my room. I vaguely remembered to use the stairs (I doubt the elevator would have worked anyway) and rushed out of the ground floor door into the huge crowd of residents that had evacuated. Thankfully, the owners of the building had put up fire emergency signs in strategic positions so it was easy enough to find the fire escape and get out safely. The fire trucks were parked outside and fire fighters were running in as I ran out. I am telling you, Manhattan fire fighters are sooooo cute!!!! 😀 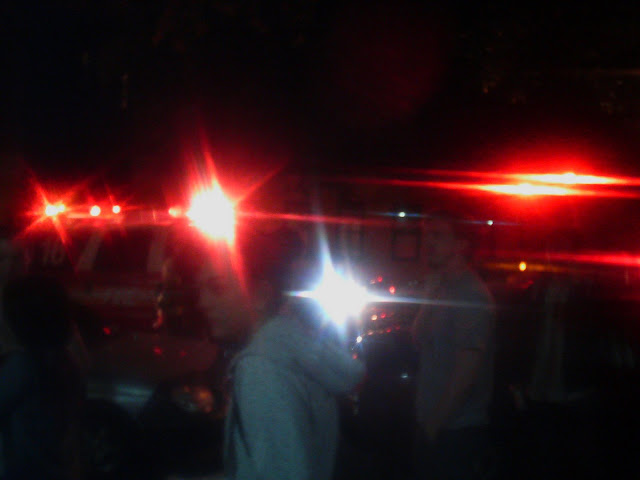 Standing outside with the firetrucks
Waiting for the All-Clear

Luckily it was a small fire so we were filing back in in no time. But seriously, the worst thing about being the last one to exit a technically burning building is that everyone that already exited gets to see you run out in your pajamas, BSLs, and bed hair. Not a good look. I basically skulked in the back of the elevator so nobody would notice me and then darted out when it got to my floor. Next time there’s an emergency I’m going to make sure I brush my hair and put on lipgloss and perfume before I rush out.

Yesterday my friend Saki invited me to a private preliminary screening of his new film. Saki is from Zimbabwe and his film Shungu: The Resilience of a People chronicles the struggle for survival among Zimbabweans under the economic havoc that Mugabe’s regime has created. It’s still a work in progress and I don’t know how much I can reveal about the film so I’m not going to discuss any of its details here. Suffice to say that it’s an amazing film and Saki had the viewing to get feedback on the work so far. One of the best pieces of feedback he received was from my friend. She told him that he needed to look into DCP creation software to run some advertisements at the start of his film before he takes it to be screened at any local theaters. This will ensure the money from the adverts goes to him, not to another agency. Advice like that is really helpful for upcoming filmmakers, the industry is hard enough to get into without having to worry about whether you can make a living from the job. 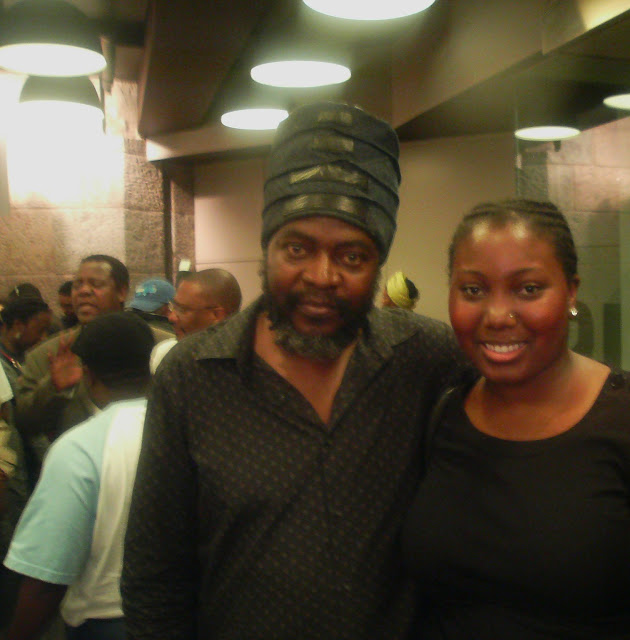 I’m glad I went. I was hungry and we had wine and cheese afterwards 😀 (see me and my longathroat). I also got into a great discussion with these two guys about why other African countries don’t do much to supply aid by way of food and medicine to crises on the continent like the one in Zim. 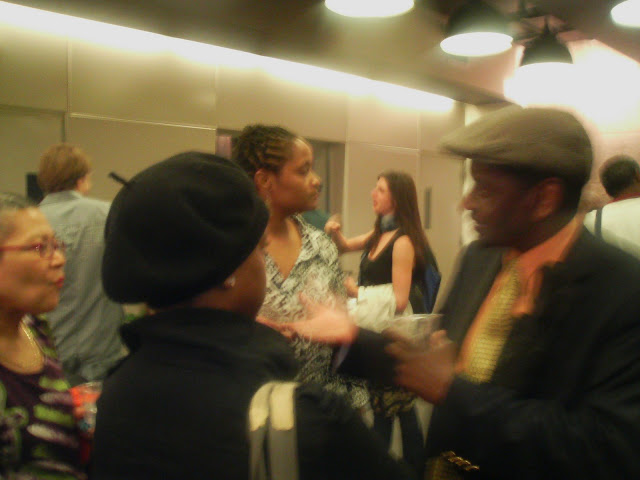 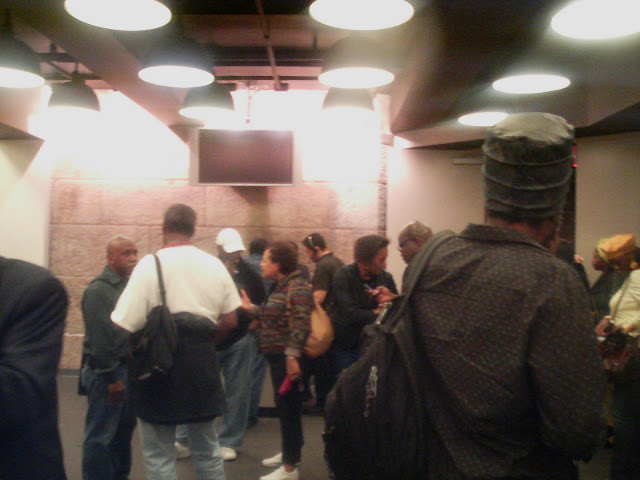 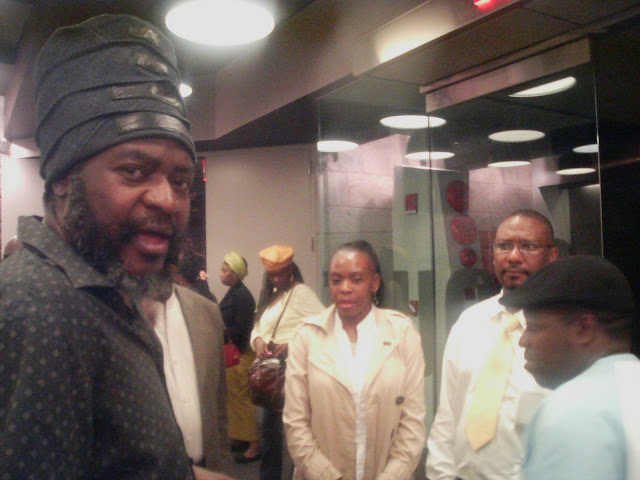 Saki holding court with his legion of fans

Saki is also helping me with the Ndebe Project. He authored this amazing book called Afrikan Alphabets (by Saki Mafundikwa) about all the different writing systems that existed in Africa before the Europeans came. His book actually inspired the Ndebe Project and he knows a great deal about the subject of writing systems and glyphs and he’s agreed to take a look at my Ndebe script and help me tweak it for ease of use. I told him I needed a calligrapher because I’m looking into standardizing the script in order to develop fonts for computer use and printing and he’s put me in touch with this amazing Italian calligrapher Massimo whom he says is one of the very best. So yay!! 😀

The film is probably going to be submitted to the various festivals so it will be viewed by a mostly Western audience but I think it’s really important that Africans see it too. I don’t know when it will be ready but I’ll let you know when it is.

Oh by the way, two other totally rocking African films are ‘Kirikou and the Sorceress‘ and ‘Azur and Asmar‘ – totally amazing stuff.